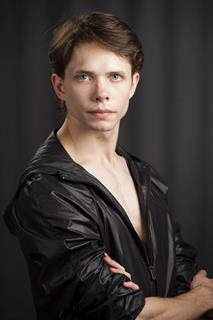 I am writing to you from my home. Over the last months I have been collecting my current favorite songs and tracks for a playlist.

On Saturday, February 27, 2016 at 8pm I will be mixing and performing the compositions live at the Projektraum LOTTE (Willy-Brandt-Str. 18, next to the State Gallery). Originally I wanted to throw a party with some friends there – but in collaboration with James Fisher (lyrics) and Christine Nasz (space) we developed a multimedia-based production, which created a domestic cosmos.

„Early Night“ is based on my intimate desire to spend a Saturday night with my friends, listening to my favorite tracks and then have a great time, or weep and/or go back home.

This is the second time I realize a project at LOTTE (my choreography SLAM for Robert Robinson dates back two years now). Again I am looking forward to bring another music- and dance-inspired idea to life in this urban space.

Not only our dancers and the choreographers have several more rehearsals before the premiere – also the orchestra is very busy, because all three pieces for Stravinsky TODAY will be played live. Our Music Director James Tuggle has opened the door for us to listen to the orchestra rehearsal (while looking at the photos we recommend turning on one of the following tracks on your stereo: Le Chant du Rossignol, Firebird or The Soldier’s Tale …).

James Tuggle rehearsing The Soldier’s Tale with the musicians 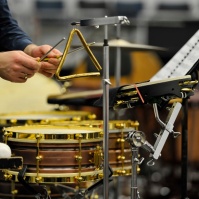 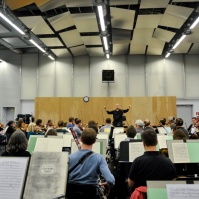 The music sheets are ready 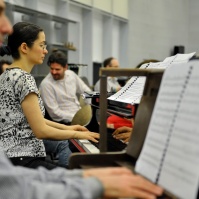 Our pianists are also in the orchestra rehearsals